By DLcAdmin Now No Comments 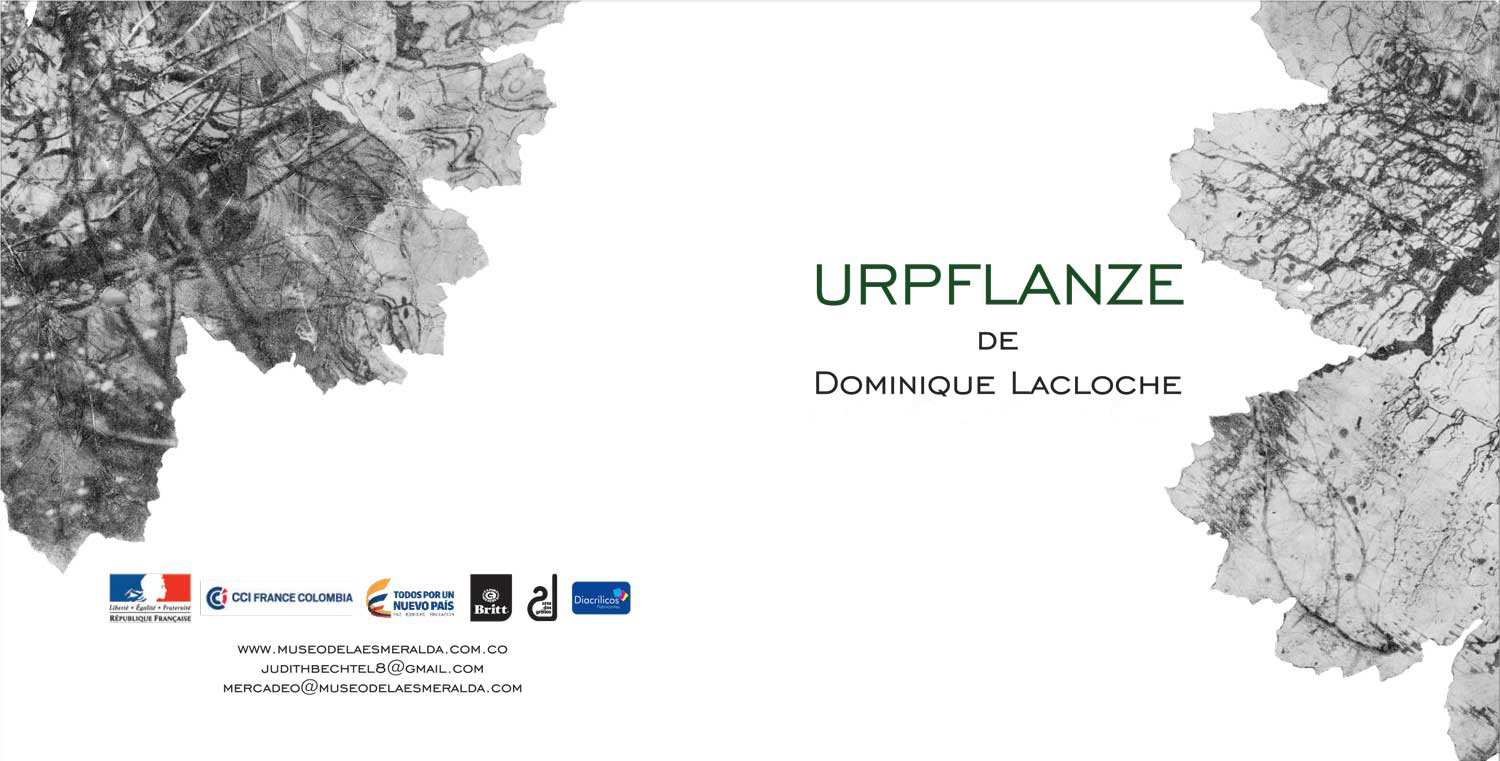 « I am beginning to grow aware of the essential form with which, as it were, Nature always plays, and from which she produces her great variety. »

‘Shortly before Johann Wolfgang von Goethe published The Metamorphosis of Plants in 1790, he engaged in a series of letters with Charlotte von Stein in which he describes the Archetypal Plant, or the Urpflanze. He believed that there must exist such an entity. Otherwise, how could he recognize this or that form was a plant if it were not built on a single basic model ?
His search for the plant took him to many places–believing that such a plant would exist on a rocky hillside in the Mediterranean. But then he realized that the archetypal plant was really a LEAF, and the generative forces of a plant were really just fluctuations of the base Leaf form. While botanists before him proposed vaguely similar theories on plant development, none had so embraced metamorphosis in the plant world such as Goethe.’

Dominique Lacloche has been working with the gigantic leaves of the Gunnera Manicata for over 20 years. Her obessesion with the plant led her to explore her relationship with organic processes, observing plant rythmes and cycles, such as metamorphosis and photosynthesis.. 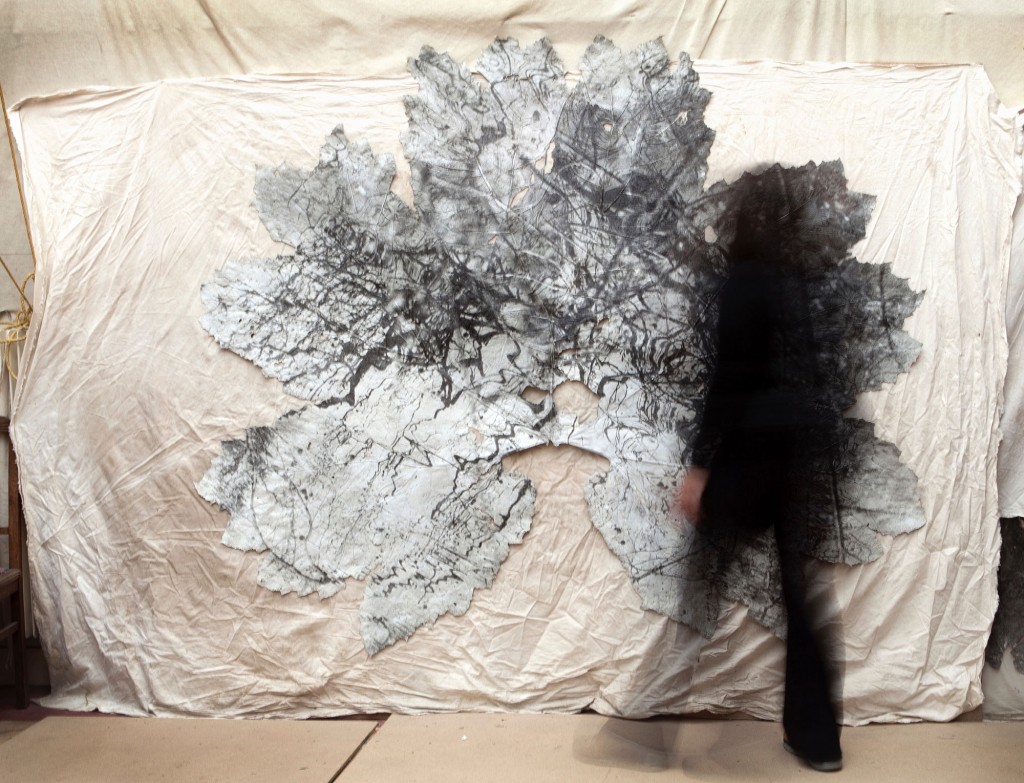 The first idea was to equate photosynthesis with analog photography ,both processes using light as their transformative agent. The artist found a way of developing photographic images directly onto the giant leaves themselves ; thus creating the first « Image leaf »

Premiss for many experimentations, whether in sculpture, an obvious approach ,or conceptually, constructing work that uses organic patterns of development such as film editing and sound composition, could the Gunnera leaf be a manifestation of the Urpflanze ?

Like Goethe’s prescient concept of the primordial plant that can unlock the potential of any future form, it leaves the artist free to invent correspondances and overlap resemblances that seep into each other or deviate to start yet another layer.
The Gunnera Manicata plant, thought to be a 150 million years old, is native to Colombia and Bresil.

URPFLANZE is the first leg of a series of experimental exhibitions that explore these ideas. For the Emerald Museum Lacloche proposes an imposing mise-en-scene of this jurassic rhyzome, slicing the exhibition space into a labyrinth of giant fractals.
Working to such an extent that photographic matter and organic matter merge to the epidermis, Lacloche has created a new type of living object. What the visitor meets when entering this room are chimeras. 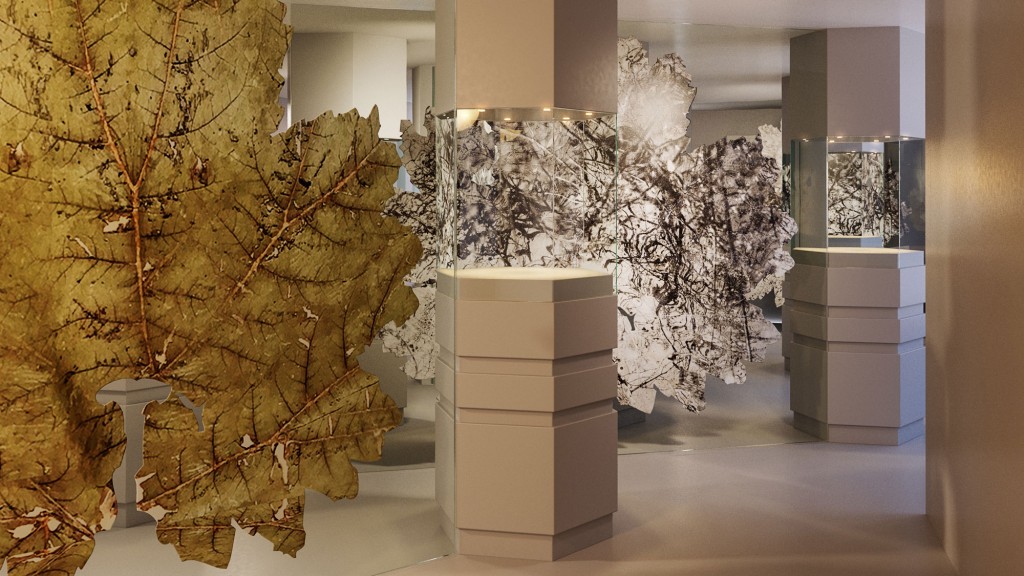